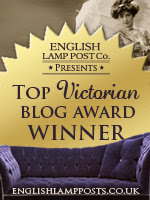 Brought to you by English Lamp Posts

One supernatural element that features prominently in the fictional works of Catherine Crowe is the dream.  In The Night Side of Nature Crowe describes dreams as "prophetic," having divine origins and capable of relaying important information to the dreamer.  The indwelling spirit, according to Crowe, acts as a messenger in retrieving information from God and presenting it to the recipient in the form of a dream.  Therefore, the dream and the knowledge it bestows represent divine truth.  In her fictional works, Crowe's juxtaposition of realism and supernatural elements aids in her depiction of dreams as truth.  In the two novels I will look at, Linny Lockwood (1854) and Susan Hopley (1841), dreams function as agents of divine warning and retribution.

Linny Lockwood features the title heroine, whose husband Vaughan forsakes her for Lady Glenyon.  The latter, who left her own husband out of love of Vaughan, recognizes that Vaughan's motive is not love but greed and deserts him as well, taking up the name Mrs. Hargrave.   Linny becomes a maid to Lady Glenyon, both unaware of the connection between the two women.  Lady Glenyon slowly realizes that Linny is Vaughan's wife but cannot bring herself to reveal her past wrongs.  The toll of this undisclosed knowledge proves fatal to Lady Glenyon, also known as Kate.

Before this realization, Kate has a dream in which her parents reveal to her a book that contains the dates of their deaths as well as that of Kate's own death.  To Kate, the dream "seemed so real" that she calls it "more than a dream."  The death of Kate's mother preceded the dream and Kate's father dies the day following the dream.  Though Kate is unaware of the latter occurrence, she is convinced of the accuracy of the dream.  Kate anchors her conviction in her knowledge of her guilt regarding her husband and Linny.  Though not particularly religious, she forsees her impending doom as the judgment of Fate:

In the marriage she had ventured on so rashly, destiny had still spared her, and given her another chance for happiness.  The fates had not exacted their penalty till the last; but now it must be paid (356).

Kate has been spared for previous mistakes but her infidelity is the deed for which she must be punished.  The dream not only confirms her fate but also shows the judgment she must face for her sins.  As a spiritualist, Crowe believed in a divinely ordered universe in which God plays an active role.  Spiritualism itself Crowe viewed as a conferring of divine knowledge which mankind has need of.  Therefore, spiritualism is form of communication between God and man.  In the same way, Crowe viewed dreams as a form of divine communication.  In Linny Lockwod the communication is a forewarning of Kate's death.

Yet, this forewarning can also be viewed as an act of mercy.  By knowing the date of her death, Kate has time to expiate her sins.  In a divinely ordered universe sins must be judged, but Kate uses the dream to gauge the time frame in which she can, to a point, right her wrongs.  She uses this time to arrange for the maintenance of the child she bore to Vaughan and to settle half her property on Linny, leaving the rest to Vaughan.  Linny is given the responsibility of raising the child, a responsibility which she gladly accepts when she learns Kate's true identity.  Therefore, the dream serves as not only a judgment on Kate but also justice for Linny.  The wronged wife is given custody of the child she was never able to produce with her husband as well as a financial settlement that allows her to be independent.  This act of mercy given to Kate is not given to Vaughan, whose death ends the novel.  This distinction has gender implications, as Kate's sin is one of love while Vaughan's is one greed.  The sin of the heart is shown more mercy than greed, though both face the same fate.

Posted by Marcus Ballenger at 6:28 AM

I think I could be a good woman if I had five thousand a year--Becky Sharp, Vanity Fair

It is better to have loved and lost than never to have lost at all--Samuel Butler, The Way of All Flesh

The pensiveness of reverse is the best phase for some minds--Lucy Snowe, Villette

The Doctor's Wife by M.E. Braddon